This is a quick update on my new name and the process of getting all documents I need to reflect the new changes. In case you missed it, I wrote a post in January in celebration of this big moment. You can find the post here.

During this court session the judge approved it but she did not repeat my current name on the paper. The judge just confirmed the reasoning for the name change. I was so excited and nervous that I didn’t ask her to confirm the name by repeating it aloud.

A few days later I received the final documents in the mail. It was so exciting until I opened the envelope and saw that the final name was Kamali Alcyonia Obiagu. Alcyonia is my previous middle name. So let’s do a little backstory shall we?

When I first submitted my name change paperwork in March of 2020, I submitted it as Kamali Alcyonia Obiagu. Initially I wanted to keep my previous middle name. Growing up I had no emotional attachment towards my first or last name, but my middle name? Well, It was unique and derived from my great grandmother’s name, Alcyone. This paperwork was submitted right before the pandemic and led to my paperwork just sitting there stuck at the courthouse for a while. A few weeks after I dropped off my paperwork I found a name that really completed me. Azubike. This is a Nigerian name that means “The past is our strength”. This name spoke to me because it represents who I am, what I stand for, and why I changed my name in the first place.

Months and months later I was able to get fingerprints and get the paperwork moving finally! At this time I submitted my current middle name and wrote a letter stating these new changes. But when I received the final documents it was disappointing to not see Azubike.

After a few stressful calls (I despise calling courts, DMVs, SS, pretty much anywhere), I was told that I would need to file for an amendment to update the new middle name. Basically, they went by the name I initially submitted and could not change it based on the changes I made mid process. And after what felt like a pretty long wait, on June 21st I had my final court date! I could tell that the judge was trying to prevent mispronouncing my name so she spelled it out for me. I cannot tell yall how great it was to know that this was my correct name. No hiccups this time. A few days later I received the official name change documents.

Oh boy does this feel amazing!

So far I have mailed off my application for a new Social Security card. I have received a confirmation letter stating that my card should arrive within a couple weeks. Eek! Its a start and I’m elated about it! From there I will get an ID, birth certificate, bank cards, etc. The kiddos will get the same new documents, I am just tackling mine first.

And there it is! I just wanted to update everyone on the hiccups for this journey. I believe that if it wasn’t for a pandemic this process would have been shorter and less of a pain in the rear. But this unique journey has also made the end result a bit sweeter.

I’ll probably do something celebratory when I get my first cards. You’ll have to stay tuned! 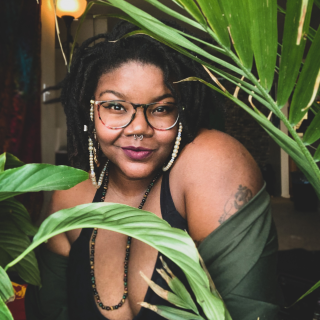 New round is open over at @sewdynamicfabrics !! This print and the base (ABP) was calling my name and I’m glad I answered 😜 Yall know I’m a peplum lover. So I mixed the Boost top with the Mix it up and I’m in love!! Both patterns are from @georgeandgingerpatternco as well as these sexy leggings! #sewistsofinstagram #fabric #space #sewingaddict
Notch top!! Newest pattern from @patternsforpirates and it’s such a beautiful sew!! I’ve been desperately needing some solid colors in my wardrobe. This black Notch top is a great addition to my wardrobe 🙌🏾
The Aphrodite thong pattern from @madeformermaids is a quick sew and one to add to your lingerie wishlist! I loved doing this photoshoot with my soulmate @lake.obiagu. This was a steamy shoot that had me oohing and awwing😍😍 I’m loving his gaze🥵
Loading Comments...
%d bloggers like this: